Sadly, Scooter the cat just used up his 9th life. 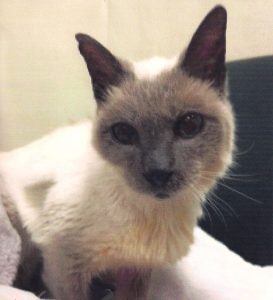 The senior kitty turned 30 years old on March 26. However, owner Gail Floyd of Mansfield, Texas, told the Fort Worth Star-Telegram that Scooter had died in the Spring, before Guinness confirmed his title on April 8.

Scooter wasn’t the oldest cat on record. That title belongs to Creme Puff, another Texas kitty who lived to the ripe old age of 38! Click here to see some other amazing world records held by cats.