Whoever says our pets don’t have feelings and don’t grieve is sorely mistaken. Remember the story of Hachiko, the dog who waited for 9 years for his deceased owner to come back? Now there’s a cat who has spent a year living at her grave since she passed away. 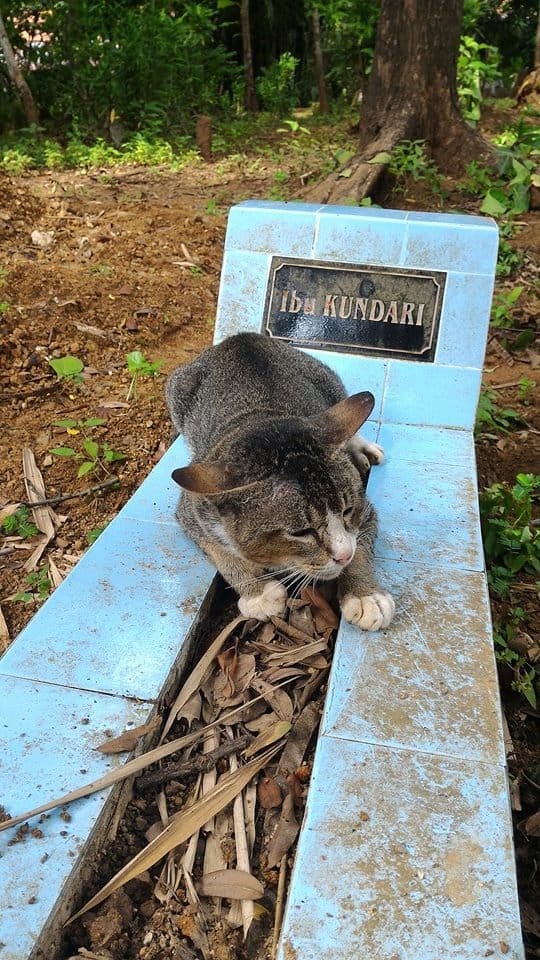 Recent photo of a cat guarding the grave of her late owner.  SWNS

This grieving tabby and white kitty was first heard crying while lying in the dirt at the burial plot of her deceased human in Central Java, Indonesia. A passerby, Keli Keningau Prayitno, 28, claims that he heard the cat’s cries as he found her lying there on the ground. He decided to adopt the cat but the she would always return to the grave.

In an interview with The Mirror, Keli said

“Since the cat’s mother died she has stayed here at the grave. She does not want to go home. She has been here for almost a year. I thought she was homeless and tried to help but every time she would keep returning to the same place. I saw her everyday and noticed that she was always there, but sometimes would leave for a couple of hours then come back.” 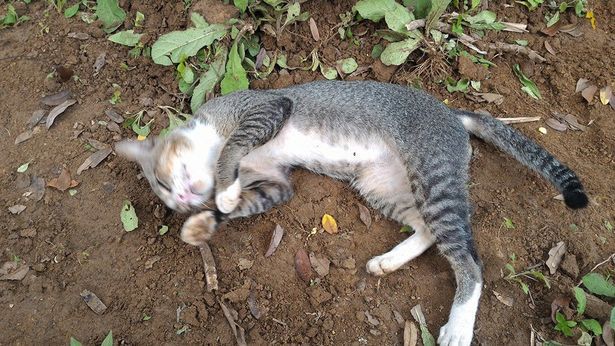 Remarkably, the cat walks every day to her former home where she is fed by her previous owner’s children – then returns to the grave.

“It’s very sad to see. It shows just how close animals are to their owners.”

Despite being offered new homes, being fed, and given water every day, a year later the poor cat can still be seen at the grave night and day, rolling in the dirt, crying, and waiting for her human to return. 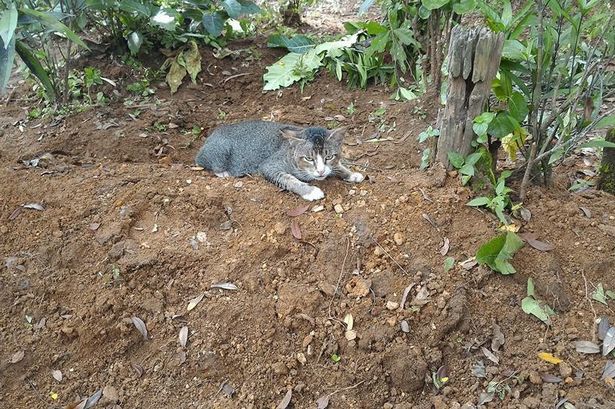